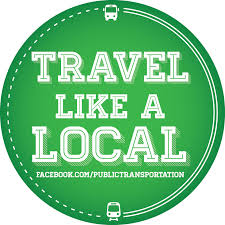 Last week I was in Miami and part of the discussion was over the Esquenazi appeal and Direct Access Partners (DAP) enforcement actions; both based upon violations of the Foreign Corrupt Practices Act (FCPA). In the DAP enforcement action, the defendants Tomas Clarke, Alejandro Hurtado and Maria Gonzalez were also charged with conspiracy to violate the Travel Act. Hurtado and Gonzalez were charged with substantive Travel Act violations. For both charges, the defendants were looking at potential sentences of up to five years in prison; three years of supervised release; fines of either the greatest of $250,000 or twice the gross gain or loss; $100 special assessment; plus making restitution. All three defendants pled guilty to FCPA violations only.

What does a nearly 50 year old statute aimed at US based organized crime now impact the FCPA? It turns out quite a bit and perhaps it will be quite a bit more in significantly widening the scope of the FCPA. The Travel Act was enacted in 1961 and was passed as part of the same series of bills as the Wire Act and was a part of a program to combat organized crime and racketeering. The Travel Act is aimed at prohibiting interstate travel or use of an interstate facility in aid of a racketeering or an unlawful business enterprise. It prohibits the use of communications and travel facilities to commit state or federal crimes, but until now was mostly known for its use in prosecutions for domestic crimes. Its impact to the FCPA is that the Travel Act applies to foreign as well as interstate commerce; it can be also used to prosecute those US companies and individuals which engage in bribery and corruption of foreign officials AND commercial bribery and corruption of private foreign citizens.

As stated in the FCPA Guidance, “The Travel Act, 18 U.S.C. § 1952, prohibits travel in interstate or foreign commerce or using the mail or any facility in interstate or foreign commerce, with the intent to distribute the proceeds of any unlawful activity or to promote, manage, establish, or carry on any unlawful activity. “Unlawful activity” includes violations of not only the FCPA, but also state commercial bribery laws. Thus, bribery between private commercial enterprises may, in some circumstances, be covered by the Travel Act. Said differently, if a company pays kickbacks to an employee of a private company who is not a foreign official, such private-to-private bribery could possibly be charged under the Travel Act.”

The Travel Act elements are: (1) use of a facility of foreign or interstate commerce (such as email, telephone, courier, personal travel); (2) with intent to promote, manage, establish, carry on, or distribute the proceeds of; (3) an activity that is a violation of state or federal bribery, extortion or arson laws, or a violation of the federal gambling, narcotics, money-laundering or RICO statutes. This means that, if in promoting or negotiating a private business deal in a foreign country, a sales agent in the US or abroad offers and pays some substantial amount to his private foreign counterpart to influence his acceptance of the transaction, and such activity may a violation of the state law where the agent is doing business, the Justice Department may conclude that a violation of the Travel Act has occurred. For instance, in the state of Texas there is no minimum limit under its Commercial Bribery statute (Section 32.43, TX. Penal Code), which bans simply the agreement to confer a benefit which would influence the conduct of the individual in question to make a decision in favor of the party conferring the benefit. As noted further in this article, the state of California bans payment of more than $1,000 between private parties for the purposes of influencing a business decision.

The DAP enforcement action was not the first case to use the Travel Act in conjunction with the FCPA. Reported in the FCPABlog is the matter of U.S. v. David H. Mead and Frerik Pluimers, (Cr. 98-240-01) D.N.J., Trenton Div. 1998. In this case defendant Mead was convicted following a jury trial of conspiracy to violate the FCPA and the Travel Act (incorporating New Jersey’s commercial bribery statute) and two counts each of substantive violations of the FCPA and the Travel Act. In its 2008 article, entitled “The Foreign Corrupt Practices Act: Walking the Fine Line of Compliance in China”, the law firm of Jones, Day reported the case of United States v. Young & Rubicam, Inc., 741 F.Supp. 334 (D.Conn. 1990) where a Company and individual defendants pled guilty to FCPA and Travel Act violations and paid a $500,000 fine.

In addition to the Mead and Young and Rubicam cases, the FCPA Guidance specifies that the Department of Justice (DOJ) has “previously charged both individual and corporate defendants in FCPA cases with violations of the Travel Act. For instance, an individual investor was convicted of conspiracy to violate the FCPA and the Travel Act in 2009 where the relevant “unlawful activity” under the Travel Act was an FCPA violation involving a bribery scheme in Azerbaijan.277 Also in 2009, a California company that engaged in both bribery of foreign officials in violation of the FCPA and commercial bribery in violation of California state law pleaded guilty to conspiracy to violate the FCPA and the Travel Act, among other charges.”

What does this mean for US companies doing business overseas? The FCPA Professor and others have written extensively on the broadening of the definitions of who is a ‘foreign official’ and what is a ‘state owned entity’ under the FCPA. However, with the incorporation of the Travel Act into FCPA prosecutions, these broad definitions may be completely blurred away if all foreign private citizens can be brought in under the FCPA by application of the Travel Act. US companies doing business overseas, which have a distinction in their FCPA compliance policies between gifts for and travel and entertainment of employees of private companies and employees of state owned entities or foreign officials, should immediately rethink this distinction in their approach. The new decade is upon us the Kennedy-era statute of the Travel Act may become as relevant in overseas law enforcement in the 20-teens as it was in the domestic arena for the past 50 years.

Three Lines of Defense for FCPA Compliance: Lessons from a Holistic GRC Model

Internal Controls under the UK Bribery Act and FCPA