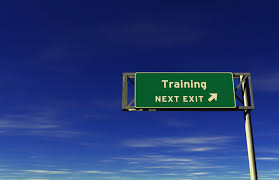 I have long been interested in the intersection in the changes in attitude regarding safety in the workplace by corporations and the changing attitudes on doing business through bribery and corruption. As a trial lawyer defending corporations in catastrophic accident lawsuits, I saw a sea change in the corporate attitude regarding safety, beginning in the 1980s through the 1990s. Many of the arguments used against safety during that era are used now. Some of my favorites are: (the financial excuse) it costs too much and doesn’t contribute to the bottom line; (the traditional excuse) we’ve always done it that way; and (my personal favorite) you can’t stop humans from screwing up and trying to injure themselves. But the reality is that safety at the work place did improve and now most companies not only say that safety is job No. 1 but they live and breathe that motto. Does this sea change mean that serious accidents do not happen at the workplace? Of course not, but it does not mean that companies have or even should give up the quest for zero accidents at work.

Part of the ongoing debate about compliance is whether the Department of Justice (DOJ) approach of corporate enforcement actions and the use of Deferred Prosecution Agreements (DPAs) and Non-Prosecution Agreements (NPAs) help or hurt compliance with the Foreign Corrupt Practices Act (FCPA). Some commentators remark that the simple fact that there are enforcement actions is indicia itself that the DOJ approach is not working. Mike Volkov took on this topic in his post, entitled “The Sky is the Limit: Escalating Fines, DPA/NPAs and Deterrence”, by asking if “it is important to ask the question whether the current enforcement scheme adequately punishes and deters corporations”? In his discussion he points to some who want more prosecution of individuals as a greater deterrent and others, notably the FCPA Professor, who want greater corporate protections against prosecution through the addition of a compliance defense as a mechanism to give corporations more incentive to do business in compliance with the law. Volkov ends by observing the DOJ’s current enforcement focus “will not change unless and until there is a good reason to do so – so far no one has pointed to any significant reason for the Department of Justice to change its practices.”

I thought about all of the above in the context of the hearings in Washington in front of the National Transportation Safety Board (NTSB) surrounding the crash of the Asiana jet at San Francisco’s airport last summer. Earlier this week I wrote about one of the lessons from the hearings which was the need for enhanced training by Asiana pilots on not only the specific planes they pilot but also training that they can speak up when they see something that they believe is not right.

This need for training was made even more acute when the story about the testimony given by the Captain on board the flight in question in a New York Times (NYT) article, entitled “Pilots in Crash Were Confused About Control Systems, Experts Say”, where Captain Lee said that he told investigators that any of the three pilots on the plane could have decided to break off the approach, but he said it was “very hard” for him to do so because he was a “low-level” person being supervised by an instructor pilot. But more than even the failure to raise his hand and speak up, Lee did not heed the warning of a junior officer. As reported in an article by the Associated Press, entitled “Pilot who crashed at SFO was worried about landing”, after the accident, Lee told NTSB investigators that neither he nor the instructor pilot onboard the flight said anything when the first officer raised concerns four times about the plane’s rapid descent. Further, he was very concerned about his ability to make a visual landing. So not only was Lee afraid to speak the truth to a superior, he didn’t listen when questioned by a junior. In the world of workplace or airline safety, this is a recipe for disaster.

I think the key to overcoming these problems is training, which has long been recognized as a cornerstone of any best practices ethics and compliance program. I thought it might be an appropriate time to review the training statements made regarding the FCPA. The US Sentencing Guidelines list “Conducting effective training programs” as one of the factors the DOJ will take into account when a company accused of a FCPA violation is being evaluated for a sentence reduction. The Sentencing Guidelines mandate:

(4) (A) The organization shall take reasonable steps to communicate periodically and in a practical manner its standards and procedures, and other aspects of the compliance and ethics program, to the individuals referred to in subdivision (B) by conducting effective training programs and otherwise disseminating information appropriate to such individuals’ respective roles and responsibilities.

After the promulgation of the Sentencing Guidelines, the DOJ and Securities and Exchange Commission (SEC) gave their views on training in the 2012 FCPA Guidance. Their Ten Hallmarks of an Effective Compliance Program listed Training and Communication as one of the key elements. In this section they said that anti-corruption and anti-bribery compliance policies cannot work unless effectively communicated throughout a company. They advised that “a company has taken steps to ensure that relevant policies and procedures have been communicated throughout the organization, including through periodic training and certification for all directors, officers, relevant employees, and, where appropriate, agents and business partners.” But more than a simple dyadic promulgation of a rule, a company should tailor its training to its needs and its risks. This means that any “information should be presented in a manner appropriate for the targeted audience, including providing training and training materials in the local language.”

In addition to the FCPA Guidance, the UK Ministry of Justice (MOJ) has stated that training is one of the Six Principles of an effective compliance program. Under Principle V, it states that “The business seeks to ensure that its bribery prevention policies and procedures are embedded and understood throughout the company through internal and external communication, including training, that is proportionate to the risks it faces.” The Guidance recognizes that communication and training deters bribery by companies, their employees and those persons associated with it, by enhancing awareness and understanding anti-corruption policies and procedures and the company’s commitment to their proper application. It therefore follows that making information available on legal requirements, obligations and policies and procedures for implementation of the same assists in more effective monitoring, evaluation and review of bribery prevention procedures. Anti-bribery training should provide, to company employees and those persons and entities associated with the company, the knowledge and skills needed to implement and utilize the anti-bribery procedures and handle in a satisfactory manner any bribery related problems or issues that may arise.

Fortunately violations of the FCPA rarely result in loss of life or limb. But that does not diminish the responsibility of companies to comply with the law. And just as corporate attitudes around safety changed dramatically, corporate attitudes about following the FCPA can change as well. Indeed they could even take the basic approach suggested by (the then) DOJ representative Greg Anders in testimony about attempts to amend the FCPA before the House Judiciary Committee, don’t pay bribes.

Franchising and Liability Under the FCPA