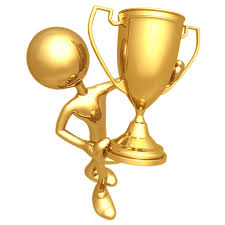 One of the best things about the Foreign Corrupt Practices Act (FCPA), UK Bribery Act and other anti-corruption practice areas is the top notch quality of commentators. While Mike Volkov regularly derides the FCPA paparazzi for being scare mongers and the FCPA Professor chastises FCPA Inc. for attempts to paint FCPA enforcement in the worst possible light so as to draw clients to their collective resources; there is also a great set of bloggers, writers and pundits who put out solid, useful and well-reasoned pieces on FCPA and Bribery Act issues. In this blog post, I would like to highlight some of my favorite posts from some of my favorite commentators over the past year.

If you do not know who the Dean of FCPA bloggers is you have not been looking too long or too hard. It’s Dick Cassin, who is the Founder, Editor and Publisher of the FCPA Blog, which consistently reports on all things compliance around the globe. But for me, it is when Dick writes from the heart, he is able to articulate what many of us are feeling but cannot seem to put into words. My favorite post from Dick this year was his tribute to President Kennedy on the occasion of the 50th anniversary of the President’s assassination, entitled “And So The Legend of Camelot Was Born”. Dick ended his post with the following quote from Teddy White, “He advanced the cause of America at home and abroad. But he also posed for the first time the great question of the sixties and seventies: What kind of people are we Americans? What do we want to become?” The question still stands.

From the FCPA Professor

If you have never debated the FCPA Professor, live or via email, you should. But be prepared to bring your A-Game and your authority. He posts daily and has become a great resource for guest posts over the years which challenge the status quo on a variety of legal and compliance issues. Each morning I cannot wait to see what the Professor has to say that day. However, what I have really come to appreciate is his Friday Round-Ups. Each Friday, the Professor gives us a round-up of recent FCPA and related news, articles and developments not otherwise covered by him in his Monday – Thursday posts. I should also say he saves some of his best witticism for these posts. My favorite post from the Professor this year was the milestone of his 100th Friday Round Up, appropriately entitled “The 100th Edition of the Friday Round-Up”. Tune in each Friday for another edition of this great resource.

I continually bemoan to Jim McGrath that he needs to post blogs more often than his twice or thrice weekly output. The reason being they are so good and I want to see more of his stuff. As you might guess from the title of his blog, Internal Investigations Blog, he tends to focus on investigations; some criminal, some civil, some internal and some external. McGrath is an ex-prosecutor and tends to view things through that prism and give us a different perspective of law enforcement. He writes about investigations inside and outside the realm of anti-corruption but his insights are certainly applicable to any FCPA or Bribery Act investigation.

My favorite post from McGrath this year was his piece on 7-Eleven, entitled “Human Trafficking Concerns for 7-Eleven in Wake of Payroll Scam”. In this article he detailed the federal investigation into allegations that 7-Eleven franchisees in New York and Virginia had engaged in human trafficking and possible involvement by the franchisor through its payroll system. His piece was a cautionary tale for the compliance practitioner about the need for internal controls, internal monitoring and internal investigations. McGrath ended his post with the following, “Further, its future due diligence efforts as regards suppliers and franchisees should include a review for human rights abuses such as those suggested here. Otherwise, it will have to sell a helluva lot of Slurpees to pay the fines, costs, and disgorgements that a failure to do so will no doubt entail.” In other words, trust but verify.

Mike Volkov has worked at the Department of Justice (DOJ) on Capitol Hill and for Big Law. He now has founded his own firm, the Volkov Law Group and writes the Corruption, Crime & Compliance blog. Mike primarily writes about anti-corruption but he also writes about health care fraud, anti-trust compliance and enforcement and many other topics. While I cannot determine if he set out to have a theme this year, Volkov has written many articles this year which focus on the role and position of the Chief Compliance Officer (CCO), the need for independence and resources required for the position.

My favorite post from Volkov was entitled “The Only Thing [In-House Counsel and CCOs] Have to Fear, Is Fear Itself”. His title is a play-off of what I believe to be the most inspiring FDR speech so that alone is worth the price of admission. He also tells one of the great stories about his days from Big Law. Volkov related that he wrote his views on the UK Bribery Act and the length of time it would take for any meaningful enforcement to take place, “I received a call from the firm’s London partners and was chastised for undermining their entire “marketing” program. (In stark contrast, many clients wrote me and thanked me for my “honesty.)” As my 16 year old daughter might say, ‘Sometimes you just have to keep it real’.

From Across the Pond

If you do not subscribe to thebriberyact.com, you are missing out on the best site for all things UK Bribery. thebriberyact.com guys, Barry Vitou and Richard Kovalevsky QC, consistently give their readers both practical insight and in-depth analysis. Their interviews of the relevant players allow all compliance practitioners to develop insight into what the top UK regulatory officials are thinking about on the Bribery Act. They also write from the very British perspective of understatement and skewering satire, which is more than a ton of fun for us Americans to read.

My favorite post which illustrated all of the above traits was from March and is entitled “Parliament report calls for Bribery Act review: Our opinion – Junk in. Junk Out.” In this post, they took on the call for the urgent scrutiny of the UK Bribery Act by a parliamentary select committee claiming that the Act has met with “confusion and uncertainty.” To this rather inane claim, the guys responded “We cannot think of a piece of legislation which has sparked much more commentary, advisory, much of it on line and completely free, including our own eponymous website.” But my favorite line was their dénouement to the British MP who brought up the need for clarification of the UK Bribery Act, “And, Tony from Alderly PLC, if you’re reading feel free to give us a call.  We can help you.”

My favorite blog post of the year was actually posted on December 28, 2012 by Matt Ellis, Founder and Editor of the FCPAméricas blog, which was entitled “Wal-Mart, Go Big on FCPA Compliance”. The reason that it is my favorite of 2013 is because it is the one post that I have thought the most about, talked the most about, read the most about and it even inspired me to write on the issue myself. In his post Ellis challenged Wal-Mart to “go big” on compliance in the wake of its world-wide FCPA investigation and policy implementation. He wrote, “Wal-Mart should instead use the FCPA investigation, and the attention it has generated, as an opportunity. It is an opportunity to go big on compliance.” Ellis went on to detail some specific suggestions that Wal-Mart could implement to help the fight against bribery and corruption that, due to its size and market share, would be in a unique opportunity to put in place.

Within the anti-corruption compliance community there was a noted buzz about Ellis’ piece and his suggestions. I was inspired to write a blog post, entitled “Wal-Mart-Be a Leader in Compliance”, due to the ideas articulated by Ellis. Seemingly inspired by Ellis’ example, Michael Scher, writing in the FCPA Blog, in a piece entitled “Michael Scher talks to the feds”, used the Wal-Mart investigation as a jumping off point to ask the DOJ to resolve several open issues on compliance as he saw them. In others words, Ellis piece (hopefully) got not only Wal-Mart to thinking but several others of us. That is why it is my favorite blog post of 2013.

Farewell to Volkoff and to Shell Companies

What is Your FCPA Investigation Protocol?

Adventures in Compliance – The Abbey Grange and Institutional Justice

Dear Tom- So typically warm and kind to others , thank you for all of your work. It's a great list. Tom, if I made such a list, I'd have to find room for posts by TF for half of it. Your series of posts on DOJ cases (like Weatherford) is my go to source and your charted compilations are uniquely expert. Also the series on distributors really caused me to think about intellectual challenges in this field. The new video series plus use of book mode and focus on GSK in China are milestones in advocacy. This field would not be what it is without your work. Happy Holidays and best wishes to you and your family for the New Year. Hope to see you again in Miami. Mike >