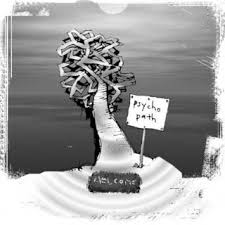 I did not think it would be possible that another Houston professional sports team could under-perform the sad-sack Houston Astros in 2013, who ended the season with a winning percentage of .313%. However the Houston Texans are actually playing worse than the Astros, coming into Thursday night’s game with Jacksonville with a brisk winning percentage of .167%. Amazingly enough however, the Texans have not yet been knocked out of the Wild Card hunt in the American Football Conference. Of course, the Astros were trying to lose, having loaded the team with minor leaguers and paying them all the league minimum salary to go in the tank. The Texans 10-game loss run is a bit more inexplicable, with some injuries, some bad luck, certainly poor coaching and a head-case of a starting quarterback throwing more touchdown passes to the opposition than to his own team all being part of the equation. Of course the Astros still have owner Jim “I made a $100MM so I must know what I am doing” Crane so there is always hope the Astros can out depth charge the Texans.

I thought about Jim Crane when I read an article in the Risk and Compliance Journal, a Wall Street Journal (WSJ) online publication, by reporter Gregory J. Millman, entitled “The Morning Risk Report: How to Avoid Hiring a Psychopath as CEO”. In this article he discussed a study by led by Dr. Paul Babiak which was titled “Corporate psychopathy: Talking the walk”. In this industrial and organizational psychology study, it found that Chief Executive Officers (CEOs) as a group had “four times the concentration of full blown psychopaths than the population at large.” Babiak told the Risk & Compliance Journal “These psychopaths in our study had absolutely poor performance ratings but were still being promoted because of high charisma, self-confidence, and communication skills.” He indicated that “part of the problem is that those positive attributes are often mistaken identifications of what are really core psychopathic characteristics of grandiosity, manipulativeness, and thrill-seeking.” Do those characteristics sounds like any professional sports team owners you have heard of?

While I am sure that the Major League Baseball (MLB) vetting process would weed out any such psychopaths, I thought about how such grandiosity might play out in the real world and impact anti-corruption compliance programs such as those required by the Foreign Corrupt Practices Act (FCPA) or UK Bribery Act. Recently Siemens AG announced that its new President and CEO Joe Kaeser, was taking over the legal and compliance roles at the company’s Managing Board. In an additional downgrade to the company’s compliance function, the former Chief Compliance Officer (CCO), Peter Solmssen, will resign from the Managing Board by mutual agreement, effective December 31, 2013. The CCO position will be folded into the General Counsel’s (GC) position but the new GC/CCO Andreas Christian Hoffmann will not report to the Board. While I am not certain that resigning “by mutual consent” is German corporate-speak for “resigned to pursue other opportunities” it certainly does not sound like it was voluntary. Siemens did not give any reason for its compliance downgrade, only thanking Solmssen for his service. Presumably it was not because of the robustness of the Siemens compliance program or how serious the company takes compliance.

In an article in the online publication, DW on December 2, 2013, entitled “Siemens bribery case spreads to Brazilian politics”, it was reported that “In May this year, German engineering firm Siemens reported itself to Brazilian law enforcement authorities. It unveiled its involvement in a price-fixing cartel, and admitted to paying bribes in order to win contracts to build the Sao Paolo Metro.” The article also stated that “In May 2013, Siemens struck a deal with CADE to avoid criminal proceedings for its involvement in a cartel when bidding for the construction, fitting and maintenance of metro trains in Sao Paulo and Brasilia. The German firm revealed that five global engineering firms colluded to raise bids to 20 percent higher than quotes typically found on the market.” In other words, it looks like Siemens compliance program may have had some holes in it.

How does the move by the new Siemens CEO to downgrade the company’s compliance function put the company at risk? Under the FCPA and Bribery Act, it is important a CCO have direct access to the Board of Directors or Audit Committee. (I would add parenthetically that having a CEO represent a company’s legal function at the Board level is quite simply a recipe for disaster but as this blog focuses on compliance, I will stick with the CCO role.) The FCPA Guidance states, “Those individuals must have appropriate authority within the organization, adequate autonomy from management, and sufficient resources to ensure that the company’s compliance program is implemented effectively. Adequate autonomy generally includes direct access to an organization’s governing authority, such as the board of directors and committees of the board of directors (e.g., the audit committee).” If the information reported in the DW article regarding Siemens and the allegation of bribery and corruption in Brazil are sustained, Siemens may not be able to show that it had a best practices compliance program, with its recent CCO and compliance function downgrades.

We started with megalomaniacs and psychopaths in the CEO seat. In his article Millman provides some of the things that a company might do to help to ameliorate these characteristics. Millman wrote that “Dr. Babiak suggests three things that companies can do to minimize their risk of putting a psychopath on the fast track to the corner office. First: look at performance first to determine whether it’s real or fluff, because psychopaths can often fake everything but performance. Second: get input from people who work under and around the candidates, preferably using a 360-degree evaluation approach that assures respondents of anonymity, because psychopaths often suck up and kick down. Third, use psychological tests to identify red flags. Those steps will help companies spot likely problem cases before they get promoted. That’s important because the farther they rise, the harder they are to stop.” I wonder if Siemens used any of these tools available them before they gutted their compliance function?

And I thought the Astros had a bad year…

The Role of Human Resources in FCPA Compliance-Part I

Risk Assessments-the Cornerstone of Your Compliance Program, Part I

This article does a great job of describing my old CEO and the situations I had to deal with as the Audit Director at the credit union until I decided that I, under good-conscious, could no longer be a part of his management team. I tried to tell the Supervisory Committee and some of the board members that he was a walking time-bomb but nobody really wanted to listen. He had control of the board because of his three big skill sets; great charisma, self-confidence, and incredible communication skills. He had a way of making every board member feel special so they immediately joined his bandwagon. To accomplish these tasks you could see his operating expenses sky-rocketing but he always had a story to sell to support his actions. After dealing with this CEO for almost 3 years I finally realized that I was never going to be able to persuade changes with the board so I decided it was time to quit. During my time under this CEO he was on the Board of Directors for a Corporate Credit Union and I think later became the Chairman. Their main role was to handle the investments for most of the credit uions in their territory. Within a year or two after I quit he got hired by the Corporate Credit as their CEO and he certainly didn't get hired because of his success so I'm sure it was because of his three big skill sets. He could always brag on how our credit union had grown in deposits but our substantive growth rate was horrible. Remember how I said I quit because he was a walking timebomb? Well, while he was the CEO at one Corporate Credit Union he was on the board of another Corporate Credit Union that covered a different territory. Since he liked taking risks the story is that he persuaded both corporate credit unions to invest in Mortgage-Back Securities during the big mortgage bust and I heard stories that both corporate credit unions suffered losses of around $6 to $8 billion each. HIs corporate credit union ended up going under and I think I read where my old CEO got permanently banned from ever working in a credit union again. After all this happened I thought I got the last laugh and was able to say "I told you so"! Well, later I read where he got the golden parachute to retire as the CEO but I got the feeling he might have had to spend a good chunk of it on lawyer fees since he ended up having some big lawsuits filed against him. My question to board members is why won't you listen to your auditor or CCO when they are trying to point out some warning signs to you? Why would I take the risk to bring up such a critical topic unless I felt that it was my duty to do so, so it should be your duty to listen to what is being said. Just because you like the CEO isn't a good enough reason not to listen. My old CEO claimed that he never lied to board but he just didn't tell them all of the truth. With his great chrisma he could always make it sound better than it really was and the board would take him at face-value. I will always remember once when we were coming out of an Officers meeting and one person was commenting on how it was such a good meeting so I asked "what did he say" and the person responded with "I don't know but it sure sounded good". He would only get an inch deep on his topics but his dynamics for setting up the audience to listen to what he had to say was incredible. He was like a con-man who could sell anything he wanted to whomever he wanted.