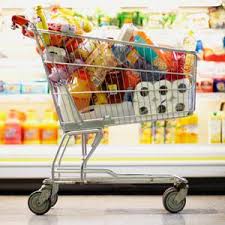 Last week, it was announced by the Department of Justice (DOJ) and Securities and Exchange Commission (SEC) that it had settled an enforcement action with Archer-Daniels-Midland Company (ADM). The DOJ resolved a criminal action when, according to the DOJ Press Release, a subsidiary of ADM pled guilty and agreed to pay more than $17 million in criminal fines to resolve charges that it paid bribes through vendors to Ukrainian government officials to obtain value-added tax (VAT) refunds, in violation of the Foreign Corrupt Practices Act (FCPA). In a parallel civil FCPA action settled with the SEC and the SEC Press Release noted that “The payments were then concealed by improperly recording the transactions in accounting records as insurance premiums and other purported business expenses. ADM had insufficient anti-bribery compliance controls and made approximately $33 million in illegal profits as a result of the bribery by its subsidiaries.” In addition to the DOJ fine of $17.8MM, ADM agreed to pay “disgorgement of $33,342,012 plus prejudgment interest of $3,125,354.”

At this point, the Non-Prosecution Agreement (NPA), Plea Agreement between the company and the DOJ and the Criminal Information is not available. However the SEC Civil Complaint is available, as are Press Releases from both the DOJ and SEC. In today’s blog I will review the underlying facts as set out in the SEC Civil Complaint. In a subsequent blog post, I will review the NPA, Plea Agreement and Criminal Information.

The underlying facts centered on ADM’s ongoing issues related to the receipt of VAT refunds in Ukraine. The company had many years of slow and no response to its application for refunds where goods purchased in Ukraine were then exported. From 2002 to 2010, the company’s Ukrainian subsidiary rolled up VAT receivables of up to $46MM. The company employed three different bribery schemes to help them get this money that they were owed out of the country. ADM’s two entities which were directly involved in the bribery scheme were Alfred C. Toepfer, International GmbH (“the German subsidiary”) and its affiliate, Alfred C. Toepfer International (Ukraine) Ltd. (“the Ukrainian subsidiary”).

According to the SEC Complaint, “an ADM executive in the tax department sent an e- mail to the head of an international tax organization and stated, “One of our affiliates operates in the Ukraine. In order to recover 100% of their input VAT they have to pay 30% of the amount to local charities.” While recognizing that this requirement was not illegal and that there were avenues for appeal and assistance with this issue through the US government and trade groups, the SEC Complaint noted that “Given ADM’s insufficient anti-bribery compliance policies and procedures at the time, it did not prevent or detect the improper payments made by” the German subsidiary or the Ukrainian subsidiary.

Use of Third Parties

In an inventive bribery scheme, the Ukrainian subsidiary General Manager “organized a scheme through which ACTI Ukraine used a Ukrainian insurance company (the “Insurance Company”) to funnel improper payments to Ukrainian government officials. ACTI Ukraine arranged for the Insurance Company to falsely bill it for crop insurance, which the Insurance Company never intended to honor, adjusting the premiums to be roughly 20% of the VAT refund.” This bribery scheme succeeded in the face of email reports from the Ukrainian subsidiary to the German subsidiary that said “The contracts completed here, either sporadically or ad hoc, include no kind of insurance protection, but serve the purpose only of generating a commission for the VAT repayment in this manner. Regardless of the wording of the contract, the content is completely different. That means that in case of conflict, claims could not be made successfully.”

The problems that ADM subsidiaries faced in the VAT refund issue is one faced by many companies in many countries. Governments usually have little incentive to timely or otherwise process tax refunds, especially in the amounts which ADM was seeking. From the SEC Compliant it does appear there is not any issue that ADM was seeking or did obtain VAT refunds that it was not entitled to receive, only that the Ukrainian tax authorities were sitting on these refunds. In other words, it may be construed that ADM was involved in a situation where it was paying bribes for something it was otherwise entitled to receive but as noted in the SEC Civil Complaint it that the company received VAT refunds “earlier than they otherwise would have.”

While I might disagree that by speeding up the process, the company obtained some unfair business advantage, I do believe that the payments can in any way be considered legal or otherwise in compliance with the FCPA. Simply considering the amounts of money involved and the false accounting entries are enough to show a FCPA violation. In many ways, I found the most interesting sentence in the SEC Civil Complaint to be the following, “ADM violated Section 13(b)(2)(B) of the Exchange Act by failing to maintain an adequate system of internal controls to detect and prevent the illicit payments.” The SEC Complaint expanded on this when it stated, “ADM failed to implement sufficient anti-bribery compliance policies and procedures, including oversight of third-party vendor transactions, to prevent these payments” at the German and Ukrainian subsidiaries. The message from the SEC Civil Complaint is that your compliance program must have both a prevent and detect component and if it does not, you are susceptible to a books and records violation, with a fine and profit disgorgement assessment.

What is Your Compliance Game Plan?