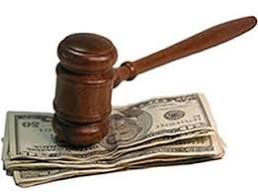 Last week Weatherford International Limited (Weatherford) concluded one of the longest running open Foreign Corrupt Practices Act (FCPA) investigations when it agreed to the ninth largest FCPA fine of all-time and one of its subsidiaries, Weatherford Services Limited (WSL), agreed to plead guilty to violating the anti-bribery provisions of the FCPA. The total amount of fines and penalties for the FCPA violations was $152.6 million. The company was also hit with another $100 million in fines and penalties for trade sanctions bringing its total amount paid to $252.6 million.

The bribery schemes that Weatherford used were varied but stunning in their brazen nature. Further, early on in the investigation, the company thumbed its nose at the Department of Justice (DOJ) by refusing to cooperate in any meaningful way and actually destroying documents and computer hard drives rather than turn over relevant documents. There were also examples of internal company whistleblowers, who were either ignored or, worse, terminated when they internally reported illegal conduct which violated the FCPA. Lastly, the company did not self-disclose their conduct so things started out badly, badly, did I say badly, for the company. But in spite of how things began, Weatherford was able to make a turnaround and substantially improve its position by reversing this initial nose-thumbing at US regulators. Over the next three blog posts I will explore the bribery schemes involved, how the company’s new-found attitude led to lower fines that might otherwise have been expected and what the lessons are for the compliance practitioner going forward.

To resolve the criminal aspects of this case, Weatherford agreed to pay an $87.2 million criminal penalty as part of a Deferred Prosecution Agreement (DPA) with the DOJ.

In the Information filed as a part of the resolution reveals that company employees established and operated a joint venture (JV) in Africa with two local entities controlled by foreign officials and their relatives from 2004 through at least 2008. These foreign officials selected the entities with which WSL would partner and the company knew that the members of the local entities included foreign officials’ relatives and associates. The sole purpose of those local entities was to serve as conduits through which WSL pay bribes to the foreign officials controlling them as neither of the JV partners contributed capital, expertise or labor to the JV. In exchange for the illegal payments they received, through the JV, lucrative contracts, gave WSL inside information about competitors’ pricing, and took contracts away from WSL’s competitors and awarded them to the JV.

The Information also noted that Weatherford knowingly failed to establish an effective system of internal accounting controls designed to detect and prevent corruption, including FCPA violations. The company failed to implement these internal controls despite operating in an industry with a substantial corruption risk profile and despite growing its global footprint in large part by purchasing existing companies, often themselves in countries with high corruption risks.   As a result, a permissive and uncontrolled environment existed within which employees of certain Weatherford’s wholly owned subsidiaries in Africa and the Middle East were able to engage in corrupt conduct over the course of many years, including the bribery of foreign officials.

In yet another scheme detailed in the Information, a Weatherford employee in the Middle East, gave improper “volume discounts” to a distributor who supplied company products to a government-owned National  Oil Company (NOC), believing that those discounts were being used to create a slush fund with which to make bribe payments to decision-makers at the NOC. Between 2005 and 2011, Weatherford Oil Tools Middle East Limited (WOTME) paid approximately $15 million in “volume discounts” to the distributor.

In its Press Release the DOJ also spoke to the nefarious conduct of the company. Acting Assistant Attorney General Raman was quoted as saying “This case demonstrates how loose controls and an anemic compliance environment can foster foreign bribery and fraud by a company’s subsidiaries around the globe. Although Weatherford’s extensive remediation and its efforts to improve its compliance functions are positive signs, the corrupt conduct of Weatherford International’s subsidiaries allowed it to earn millions of dollars in illicit profits, for which it is now paying a significant price.” He also said that “Effective internal accounting controls are not only good policy, they are required by law for publicly traded companies – and for good reason.” The Federal Bureau of Investigation (FBI) chimed in when Assistant Director in Charge Parlave said that “The FBI is committed to investigating corrupt backroom deals that influence contract procurement and threaten our global commerce.”

In its civil Complaint, the Securities and Exchange Commission (SEC) alleged that Weatherford and its subsidiaries falsified its books and records to conceal not only these illicit payments, but also commercial transactions with Cuba, Iran, Syria, and Sudan that violated US sanctions and export control laws. Further, the company failed to establish an effective system of internal accounting controls to monitor risks of improper payments and prevent or detect misconduct. The company obtained more than $59.3 million in profits from business obtained through improper payments, and more than $30 million in profits from its improper sales to sanctioned countries. This conduct lasted from 2002 up until 2011 and included the lack of internal controls plus the affirmative falsification of its books and records to facilitate the bribe payments. The payment of disgorgement, prejudgment interest, and civil penalties to the SEC was in the amount of $65,612,360.34.

As you would expect, the SEC focused on the company’s books and records violations. Andrew Ceresney, co-director of the SEC’s Enforcement Division, was quoted in the SEC’s Press Release that “The nonexistence of internal controls at Weatherford fostered an environment where employees across the globe engaged in bribery and failed to maintain accurate books and records,” said  “They used code names like ‘Dubai across the water’ to conceal references to Iran in internal correspondence, placed key transaction documents in mislabeled binders, and created whatever bogus accounting and inventory records were necessary to hide illegal transactions.” Kara Brockmeyer, Chief of the SEC Enforcement Division’s FCPA Unit, said, “Whether the money went to tax auditors in Albania or officials at the state-owned oil company in Angola, bribes and improper payments were an accustomed way for Weatherford to conduct business. While the profits may have seemed bountiful at the time, the costs far outweigh the benefits in the end as coordinated law enforcement efforts have unraveled the widespread schemes and heavily sanctioned the misconduct.”

All of the settlement documents are chocked full of information about bribery schemes Weatherford engaged in for many years. For the compliance practitioner, they provide a list that can be used a check and balance to see if your company may be engaging in any of these practices. Additionally, both the DOJ and SEC listed out the internal controls and books and records failures of the company. Tomorrow, I will review the specific bribery scheme and failures of the Weatherford compliance program.

For a copy of the DOJ Information, click here.

For a copy of the DOJ Deferred Prosecution Agreement, click here.

For a copy of the SEC Civil Compliant, click here.

For a copy of the Plea Agreement, click here.

For a copy of the DOJ Press Release, click here.

For a copy of the SEC Press Release, click here.

Compliance into the Weeds-Episode 38, AI and Compliance

From Dr. No to an Agile Compliance Program

Farewell to Sammartino: The Continued Unraveling of PDVSA Corruption