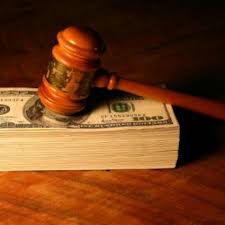 Yesterday, I reviewed the conduct which Weatherford International Limited (Weatherford) engaged in over a period from 2002-2011 in connection with its Foreign Corrupt Practices Act (FCPA) investigation, noted the deficiencies in its compliance program and its internal controls and even how the company intentionally impeded the investigations of both the Department of Justice (DOJ) and Securities and Exchange Commission (SEC). Today, I want to look at how the company changed course in mid-stream during the investigation, brought in a top-notch and well respected lawyer as its Chief Compliance Officer (CCO), created a best-in-class compliance program; all of which saved the company millions of dollars in potential fines and penalties.

To resolve the criminal aspects of this case, Weatherford agreed to pay an $87.2 million criminal penalty as part of a Deferred Prosecution Agreement (DPA) with the DOJ. There was also another $65.6 million paid to the SEC. However the figure paid to the DOJ was at the very bottom range of a potential criminal penalty. The range listed in the DPA was from $87.2 to $174.3 million. In coming up with this range under the Federal Sentencing Guidelines, it is significant for the actions that Weatherford did not receive credit for during the pendency of the investigation. The company did not receive a credit for self-reporting. The company only received a -2 for its cooperation because prior to 2008 the company engaged in activities to impede the regulators’ investigation.

So the fine range could have been more favorable to the company. But the key is that Weatherford received the low end of the range. How did they do this?

One of the key things Weatherford did was bring in Billy Jacobson as its CCO and give him a seat at the table of the company’s Executive Board. He was a Federal Prosecutor in the Fraud Section, Criminal Division, US Department of Justice. He also served as an Assistant Chief for FCPA Enforcement Department so we can assume he understood the FCPA and how prosecutors think through issues. (Jacobson also worked as a State Prosecutor in New York City, with my former This Week in FCPA co-host Howard Sklar, so shout out to Howard.) Jacobson was not hired directly from the DOJ but after he had left the DOJ and had gone into private practice. There is nothing that shows credibility like bringing in a respected subject matter expert and giving that person the tools and resources to turn things around.

But more than simply bringing in a new sheriff, Weatherford turned this talk into action by substantially increasing its cooperation with the government, thoroughly investigating all issues, turning over the results to the DOJ and SEC and providing literally millions of pages of documents to the regulators. The company also cleaned house by terminating officers and employees who were responsible for the illegal conduct.

B.     Increase in Compliance Function

In addition to establishing Jacobson in the high level CCO position, the company significantly increased the size of its compliance department by hiring 38 compliance professionals and conducted 30 anti-corruption compliance reviews in the countries in which Weatherford operates. This included the hiring of outside consultants to assess and review the company’s compliance program and beefing up due diligence on all third parties, including those in the sales and supply chain, joint venture (JV) partners and merger or acquisition (M&A) candidates. The company also agreed to continue to enhance its internal controls and books and records to prevent and/or detect future suspect conduct.

If you have ever heard any of the current Weatherford compliance professionals speak at FCPA conferences, you can appreciate that they are first rate; that they know their stuff and the company supports their efforts on an ongoing basis.

During the pendency of the investigation, Weatherford moved to create a best practices compliance program. They appear to have done so and agreed in the DPA to continue to maintain such a compliance program. Under Schedule C to the DPA, it set out the compliance program which the company had implemented and continued to keep in place, at least during the length of the DPA. It included the following components.

It certainly has been a long, strange journey for Weatherford. I should note that I have not discussed at all the Oil-For-Food aspect of this settlement, which was an additional $100MM penalty to the company. However, with regard to the FCPA aspects of the matter, there are some very solid and telling lessons to be drawn from this case. First and foremost is that cooperation is always the key. But more than simply cooperating in the investigation is that a company should take a pro-active approach to putting a best-in-class compliance program in place during, rather than after the investigation concludes. Also, a company cannot simply ‘talk-the-talk’ but must come through and do the work to gain the credit. The bribery schemes that the company had engaged in and the systemic failures of its compliance program and internal controls, should serve as a good set of examples for the compliance practitioner to use in assessing a compliance program.

The settlement also sends a clear message from both the DOJ and SEC on not only what type of conduct will be rewarded under the US Sentencing Guidelines, but what they expect as a compliance program. One does not have read tea leaves or attempt to divine what might be an appropriate commitment to compliance to see what the regulators expect these day.

Honoring the Button Down Shirt and Providing Outlets for Compliance

FCPA Compliance Report-Episode 278, hiring the family members of foreign officials under the FCPA

Will the FCPA Go Down Under (again)?