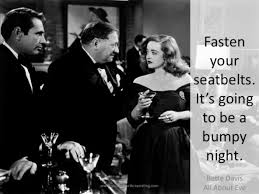 In an article, entitled “GSK China probe flags up wider worries”, in the Wednesday edition of the Financial Times (FT) reporters Andrew Jack and Patti Waldmeir discussed the ongoing bribery and corruption scandal involving the UK based pharmaceutical company, GlaxoSmithKline PLC (GSK). They detailed many of the allegations which had been previously made public against GSK, the effect of these allegations on the company and some of the company’s responses to this crisis. It was an excellent summary of where this story has been and where it might be going.

The accusations against GSK have been well publicized. The company has been accused, by its own Chinese employees on national television, of being the “big boss in a criminal partnership” and paying up to $500MM in bribes to officials and doctors. While there certainly has been speculation as to the motives of the Chinese officials in bringing these allegations, the article noted that these allegations certainly raise questions about “GSK’s own conduct and the responsibility of its senior management” and whether the company’s compliance systems were inadequate or the company “turned a blind eye” to the corruption by its Chinese operations. The article did note that Chinese investigators do not yet know how high up the complicity in GSK may have gone or whether the company simply suffered from “poor compliance”.

Interestingly the article discussed not only the endemic nature of corruption in China but how, in many ways, the Chinese health care system is based on such corruption. The piece quoted George Baeder, an independent drug industry advisor, for the following, “Financial flows – both legal and illegal – tied to drug and device sales are funding perhaps 60-80 per cent of total hospital costs. Without this funding, the current system would collapse.” Further, “central and provincial Chinese governments cannot afford to pay doctors a living wage, and may patients cannot afford to pay the true cost of care.” And finally, “Up to now, Beijing has turned a blind eye as pharma companies find ways to subsidise doctor salaries and underwrite their medical education.” How about that for structural corruption?

Intertwined with this structural issue is the problem of the quantity and quality of the drug supply. Many Chinese doctors do not feel that there is an acceptable alternative to foreign pharmaceutical products. This drives up the cost of prescribed medicines as this quantity is therefore limited. But even where indigenous Chinese generic drugs are available as alternatives, many patients do not trust these medicines. This restricts the quality of drugs available. Sort of an economist’s Rubik’s Cube.

But just as market principles can drive other corporate behavior, the fact that by 2020, the drug sales in China are estimated to top $320bn; it is simply too large a market for companies to ignore. The same is true of the Chinese government, which is currently in year 5 of a 12-year healthcare reform plan, part of which is to drive down medical costs to bring “quality affordable care to 1.3 bn” Chinese citizens. So, as the article notes, GSK and “other pharmaceutical companies are bracing for price cuts ahead and the need to be ever more cautious on their practices in emerging markets as well as more industrialized ones.”

GSK has attacked part of its corruption problems by instituting a compensation program which is designed “at removing incentives to sales staff that encouraged excessive marketing, strengthened transparency and cutting funding to doctors.”  Specifically, the company announced the decision to “stop paying speakers’ fees and travel expenses for doctors attending medical conferences by 2015.” For the changes directed at its own sales staff, GSK has said that “Individual sales targets in the remuneration of marketing staff are to be replaced by broader measures of the quality of information they provide to doctors and a link to company-wide performance.”

China is not the only company in Asia or other continents which have socialized medicine. I have opined that the GSK corruption scandal in China is the biggest news in anti-corruption and anti-bribery enforcement in 2013. I believe this because I think that other countries may look at the Chinese model and draw the lesson that it is western companies, not their own structural corruption, which causes the problems. I put this question to Amy Sommers, a partner at K&L Gates Shanghai office and asked her opinion. She replied:

Prior to 2013, when I spoke to Western audiences about anticorruption enforcement risks and mentioned the importance of China’s commercial bribery enforcement as a risk factor in its own right, as well as a potential catalyst for broader enforcement, the message didn’t seem to resonate. With the booming echo of the DOJ’s and SEC’s active FCPA enforcement efforts in the past 8 years ringing in their ears, it’s perhaps understandable that that message was drowned out. As we approach the end of 2013, I think your characterization of China’s action as a game-changer is on the money.  Today companies are evaluating China-initiated enforcement as a factor to be considered in their compliance efforts.

China’s initiation of this case has been a success for China on various levels, so there’s no question that there will be others brought.  The industry that the Chinese government has said publicly that it intends to tackle next is medical devices, but we should not assume that that will be the end of the journey.  Moreover, the question that is still unanswered is whether other jurisdictions in Asia Pacific will elect to emulate China’s example. Some news sources have reported that Asia Pacific-based regulators have expressed that intention, so I suspect they will: going after alleged corruption in the interests of protecting consumers is a desirable aim.  So, while for the moment companies seem to focusing on getting their China compliance house in order, it might be advisable to broaden that effort to other locales in Asia where there is a combination of strong economic growth and relatively high perceived corruption risk.

So in addition to the admonition of Bette Davis that you had better buckle up because it is going to be a bumpy night, any western company doing business or considering doing business in China needs to understand that there are not only direct risks of corruption but also structural defects which may make it endemic. Be careful out there.

Popcorn and Compliance: Return of the Jedi – Effective Compliance Training

This Week in FCPA-Episode 130, the Thanksgiving Holiday edition