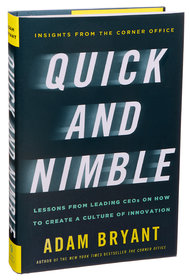 This past weekend saw some great football. However, if you are a Kansas City Chiefs fan, you are probably not feeling too positive about the game on Saturday as the Chiefs blew the second largest lead in a National Football League (NFL) playoff game, 28 points, in losing to the Indianapolis Colts. The Chiefs long suffering fans have not seen a playoff win in 20 years. However, I did see the Chiefs last playoff win, in 1994, when they upset the now defunct Houston Oilers in Houston. That devastating loss was only exceeded by the loss the previous year in Buffalo, where the Oilers set the record for losing the largest lead in a playoff game, that being 35 points. For you Chief fans out there, while the pain never goes away at least you have the possibility of winning a playoff game at some point in the future.

While sports fans can relive the triumphs and tragedies of their team’s ad naseum corporate leaders cannot not afford to do so. One key resource I have found, for not only the ideas of what a leader needs to do but the practical aspect of how leadership works in an organization, is through the New York Times (NYT) Sunday column Corner Office by Adam Bryant. In this week’s paper, Bryant wrote about his new book, scheduled to be released on Tuesday, entitled “Quick and Nimble: Lessons From Leading C.E.O.’s on How to Create a Culture of Innovation”. In the article Bryant highlighted “six key drivers that every organization needs to foster an effective culture that will encourage everyone to do their best work”. I think these six concepts are excellent areas for a compliance practitioner to consider in moving forward a compliance regime.

Bryant wrote about Tracy Streckenbach, the Chief Executive Officer (CEO) of Hillview Consulting LLC. She believes that you should have defined and measurable goals. From there, “you make sure each and every department knows them, and how their work will support the overall goals.” Streckenbach called them ‘Key Result Areas (KRAs)” and advocated that they be used up and down, “from senior managers to file clerks”, within the organization with complete transparency. By doing so, employees understand how they are helping the company to move forward.

Rules of the Road

Mark Templeton, CEO of Citrix Systems Inc, believes that “guidelines for behavior can help employees concentrate on the work at hand, rather than on navigating the stressful politics that arise when all sorts of bad behaviors are tolerated.” The company has a culture based on three core values, “respect, integrity and humility.” Templeton believes that people want, as employees, to be a part of an organization that believes in something positive. He said that Citrix has “clarity around where we’re going, and then they get to fill in how we’re going to get there — with the right kind of management, of course, and leadership, and the right kind of processes and metrics.”

Here Bryant looked to Richard R. Buery Jr., CEO of The Children’s Aid Society, who sustained such a bad experience with a former supervisor that the experience provided extra motivation to be in a leadership position so that he could influence culture. That value is respect. Another CEO, John Duffy of 3Cinteractive, said that by making respect a core value of the company, “it frees up colleagues to challenge one another.” This allows employees to talk to and challenge one another more easily so that you can have “the ability to arrive at the right decision so much quicker and so much easier.”

It’s About the Team

Bryant notes that respect should be only one part of the equation, as he sees it. There must also be performance and accountability. He wrote, “Call it trustworthiness, or dependability. What it means is that you recognize your role on the team. When everyone does that, the team can focus on executing the strategy, instead of worrying whether colleagues will do what they’re supposed to do. (And such concerns, multiplied across an entire organization, can add up to a lot of wasted energy and lost momentum.)” This can be particularly true in a small organization, which, due its size, can be more nimble but, as quoted by Steve Stoute, CEO of Translation LLC, “the threat is that when one person catches a cold, everybody catches a cold.”

One of the problems in any organization is that subordinates are afraid to bring less than sterling news to superiors and so the frank discussions about resolving problems which needs to occur, does not occur. Bryant termed these “adult conversations”. He quoted Seth Besmertnik, CEO of Conductor Inc., who related that “A lot of my growth as a manager has been around conquering my own insecurity and gaining confidence.” Besmertnik went on to state that “When you’re confident, you can give people feedback. You can be candid. You feel secure enough to say what’s really on your mind, to bring someone in the room and say: ‘You did this. It really made me feel XYZ.’ Having good conversations is really 80 percent of being an effective manager.”

The Hazards of Email

Bryant believes that “Email is a hot-button issue, and clearly a source of endless frustration”; the reason being that they can be so easily misinterpreted “with often-disastrous consequences for the culture of an organization, because they can damage whatever connective tissue exists between colleagues.” Bryant believes that what people really need to do is talk. Bryant wrote about the experiences of Nancy Aossey, CEO of International Medical Corps, who said that “People change when they talk in person about a problem, not because they chicken out, but because they have the benefit of seeing the person, seeing their reaction, and getting a sense of the person. But arguing over email is about having the last word. It plays into something very dangerous in human behavior. You want to have the last word, and nothing brings that out more than email because you can sit there and hit ‘send,’ and then it just kind of ratchets up and you don’t have the benefit of knowing the tone.”

This problem of interpretation of email only compounds in an international organization where there are multiple business unit across many different geographic and cultural areas. What may be seen as acceptable in the United States may be far from acceptable in Europe, Asia or anywhere else. So by talking in person or over the phone, you can not only not only avoid dangerous misunderstandings, but you can also develop relationships and a sense of trust with colleagues. These are essential ingredients in fostering the kind of high-performing culture that drives compliance.

This Week in FCPA-Episode 180 – the Hoskins is Guilty edition

Due Diligence, Zero Tolerance and Compliance