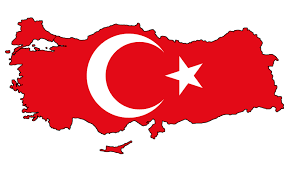 One of the more public and ongoing corruption scandals in the world right now seems to be happening in Turkey. To say the events and facts are confused is an understatement. At this point there are not any international players who have been implicated but given the breadth and scope of what has come out of that country over the past month or so, it would only appear to be only a matter of time. It began in December when, according to the BBC, “The arrests were carried out as part of an inquiry into alleged bribery involving public tenders, which included controversial building projects in Istanbul. Those detained in the 17 December raids included more than 50 public officials and businessmen – all allies of the prime minister. The sons of two ex-ministers and the chief executive of the state-owned bank, Halkbank, are still in police custody.”

The Prime Minister claims that all of these arrests were simply political theater, generated by supporters of Fethullah Gulen, an influential Islamic scholar living in self-imposed exile in the US. Members of Mr. Gulen’s Hizmet movement are said to hold influential positions in institutions such as the police and the judiciary and the AK Party itself. Many believe the arrests and dismissals reflect a feud within Turkey’s ruling AK Party between those who back the Prime Minister, Recep Tayyip Erdogan. On Tuesday the Prime Minister and his supporters struck back at the police by removing approximately 350 police officers from their positions in the capital, Ankara. The Prime Minister and his supporters have also attacked the judiciary leading the investigation, claiming that it is all politically motivated.

In addition to the obvious turmoil based on the above, the country is feeling the fallout in the international monetary arena. In an article in the Financial Times (FT), entitled “Turkey warns of corruption probe risk”, reporter Daniel Dombey said that the country’s currency, the Turkish lira, had dropped 7.5% since the initial arrests back in December. He quoted the country’s Finance Minister, Mehmet Simsek, who said that there had been “some negative implications for the Turkish macro [economy].” Dombey also noted that the Turkish stock market had dropped almost 12% during the same time frame.

In the 2013 Transparency International (TI) Corruptions Perceptions Index (CPI), Turkey had a score of 50 which gave it a rank of 53 out of the 177 countries listed. It generally had better scores than other countries in southeastern Europe such as Greece and the Balkan countries. Other than Cyprus, it had better CPI scores than most other mid-eastern countries. But what about now and what does this mean for the US based multi-national who is currently doing business in Turkey or considering doing so?

One of the things that a compliance program must have is the flexibility to respond to changing events on the ground. Just as last summer’s GlaxoSmithKline PLC (GSK) corruption scandal in China brought attention to those issues in China, these very public events should bring the attention of your compliance team. My former This Week in FCPA co-host Howard Sklar said that a compliance program needed to be nimble in order to respond to such events in far-flung places. Risks change and they must be evaluated on a regular basis or in response to new facts on the ground, such as those which are present in Turkey.

There may also be more than anti-corruption risk at play in any given situation. If a company only looks at one type of risk, such as anti-corruption, rather than others such as export control or anti-money laundering (AML) it can lead to the concept of what is called the “functional trap” of labeling and compartmentalizing risk. In an article in the June issue of the Harvard Business Review (HBR), entitled “Managing Risks: A New Framework”, authors Robert Kaplan and Annette Mikes declare that good risk discussions must be integrative in order for risk interaction to be evaluated. If not, a business “can be derailed by a combination of small events that reinforce one another in unanticipated ways.”

The authors posit that it is difficult for companies to accurately and adequately discuss risk for a variety of reasons. One of these reasons is the aforementioned silo effect which can lead to a lack of discussion by a wide group regarding a number of risks, for example compliance risk; reputational risk; brand risk; credit risk; human resources risk are but a few of the types of risks mentioned in their article. The authors believe that one of the ways to knock down these silos when it comes to a more complete management of risk is to “anchor their discussions in strategic planning, one integrative process that most well-run companies already have” in place.

The authors cautioned that beyond simply introducing a systematic process for identifying and mitigating key risks, companies should also employ a risk oversight structure. The authors discussed the experience of the Indian IT company, Infosys, which uses a dual structure. It consists of a central team that identifies general strategy risks and then establishes central policy, together with a specialized, decentralized functional team. This second team designs and monitors policies and controls in consultation with local business units. These decentralized teams have the authority and expertise to respond to changes in the company’s risk profile coupled with the nimbleness and agility of being in the field to deal with smaller issues before they become larger problems for the central team back in the corporate office.

I believe that the current political turmoil in Turkey provides an example of the diversity your compliance program and risk assessment must maintain. Just as it is important to perform due diligence on third party representatives, before execution of an appropriate contract, the real work is in managing the relationship. In risk management, you must identify and assess the risk but the real work begins in managing the risk. This is where the rubber meets the road.