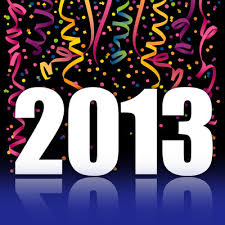 Total SA engaged in a nearly decade long, breathtaking bribery scheme. In this scheme, Total paid approximately $60MM to an un-named Iranian Official of the National Iranian Oil Company (NIOC), who steered two major projects Total’s way. The projects for which Total paid the bribes were the Sirri A and E oil and gas fields and South Pars gas field. Total paid a criminal penalty to the DOJ of $245.2 million and civil penalty of $153 to the SEC.” Total’s agreed monetary penalty of $398MM was the fourth biggest FCPA resolution.

The company was involved in a bribery scheme to pay-off judges in a Nigerian Tax Court to allow Parker Drilling to pay lower than warranted tax assessments for its drilling rigs in the country. Due to its efforts to create a gold standard compliance program all the while undergoing its own internal investigation, Parker Drilling’s conduct earned it an “approximately 20 percent reduction off the bottom of the fine range” which suggested a fine of between $14.7MM to $29.4MM. The final DOJ fine was $11,760,000. The company also agreed to pay disgorgement of $3,050MM plus pre-judgment interest of $1,040,818, to the SEC.

The Ralph Lauren Company received Non-Prosecution Agreements (NPA) granted by the SEC and DOJ. The illegal conduct at issue related to its Argentinian subsidiary and efforts by the General Manager of that operation, who conspired with a customs clearance agency to make payments “to assist in improperly obtaining paperwork necessary for goods to clear customs, to permit clearance of items without the necessary paperwork, to permit the clearance of prohibited items, and to avoid inspection.” For its conduct, Ralph Lauren agreed to pay $882K to the DOJ and $593K in disgorgement and $141K in pre-judgment interest to the SEC.

In late November, Weatherford International Limited (Weatherford) concluded one of the longest running open FCPA investigations when it agreed to the ninth largest FCPA fine of all-time and one of its subsidiaries, Weatherford Services Limited (WSL), agreed to plead guilty to violating the anti-bribery provisions of the FCPA. The total amount of fines and penalties for the FCPA violations was $152.6 million. The company was also hit with another $100 million in fines and penalties for trade sanctions bringing its total amount paid to $252.6 million. The bribery schemes that Weatherford used were varied but stunning in their brazen nature. But in spite of how things began, Weatherford was able to make a turnaround and substantially improve its position by reversing this initial nose-thumbing at US regulators.

In an interesting FCPA enforcement action resolved in October, the Stryker Corporation agreed to settle with the SEC via an Administrative Order, not a criminal action filed by the DOJ. According to the FCPA Blog, “The SEC said Stryker Corporation will pay $13.2 million to resolve FCPA violations. The bribes totaled about $2 million and were ‘incorrectly described as legitimate expenses in the company’s books and records,’ according to the SEC. Stryker will disgorge to the SEC $7.5 million and prejudgment interest of $2.28 million. It is also paying a penalty of $3.5 million.” SEC Complaint. There was not even a civil Complaint filed by the SEC and Stryker is not required to have a Corporate Monitor to assess its ongoing compliance efforts or its commitment to having a compliance program.

In late October, Diebold, an Ohio company which makes ATM machines, agreed to pay a criminal fine of $25.2 million to the DOJ and $23 million in disgorgement and prejudgment interest to the SEC to resolve allegations it violated the FCPA by covering up bribes to bank officials in China, Indonesia and Russia. The total fine of just over $48MM. The DOJ charged it in a two-count information with conspiring to violate the FCPA’s anti-bribery and books and records provisions and a substantive books and records offense. There were no charges under the anti-bribery provisions, which apply only to corrupt payments to foreign officials. The Diebold resolution took the form of a DPA with the DOJ, along with a fines and a Corporate Monitor. From its resolution with the SEC in addition to the profit disgorgement and prejudgment interest paid the company agreed to an agreed injunction to stop, once again, violating the FCPA.

In late December, it was announced by the DOJ and SEC that they had settled both a criminal and civil enforcement action with Archer-Daniels-Midland Company. The DOJ resolved the criminal action when a subsidiary of ADM pled guilty and agreed to pay more than $17 million in criminal fines to resolve charges that it paid bribes through vendors to Ukrainian government officials to obtain value-added tax (VAT) refunds, in violation of the FCPA. In a parallel civil FCPA action settled with the SEC and the SEC Press Release noted that “The payments were then concealed by improperly recording the transactions in accounting records as insurance premiums and other purported business expenses. ADM had insufficient anti-bribery compliance controls and made approximately $33 million in illegal profits as a result of the bribery by its subsidiaries.” In addition to the DOJ fine of $17.8MM, ADM agreed to pay “disgorgement of $33,342,012 plus prejudgment interest of $3,125,354.”

What Did It All Mean?

The clear message from these corporate enforcement actions is that early detection and remediation can lead to a significant reduction in fines and penalties. I believe that these corporate enforcement actions make clear that a company’s actions during the pendency of the investigation, in addition to the underlying FCPA violations, will be evaluated and assessed to determine the final penalty. The DOJ and SEC continue to communicate not only what they believe constitutes a best practices compliance program but equally importantly what actions a company can engage in which will significantly reduce a company’s overall fine and penalty. Both the DOJ and SEC continue to communicate, through their enforcement actions, to the compliance practitioner what they expect from companies in the way of a best practices compliance program and what a company should do if they discover a potential FCPA violation. These communications, through enforcement actions, DPAs, NPAs and Declinations, are consistent with the information provided by the DOJ/SEC in the FCPA Guidance. These enforcement actions demonstrate that if a company gets ahead of the curve, it can significantly lessen its overall penalty and pain.

FCPA Compliance Report-Episode 395, Ellen Hunt on the Role of the Board in Compliance