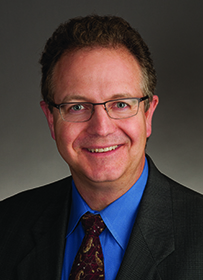 As a Kansas City Royals fan, I would like to use this opportunity to congratulate the Royals on a great season and say to them, “Ya done good.”  Despite losing an extremely close seventh World Series game to a very able and talented San Francisco Giants team, which included a pitcher whose name and face will one day be memorialized in Cooperstown, this year has been a banner, or should I say, a pennant year for the boys in blue.

The SEC likewise would like to take a moment to be congratulated on their banner year in their annual enforcement preview of their Agency Financial Report.  So here goes … The SEC wants us to know that they are using creative means to find misconduct on their own and go after it, to hold people and corporations accountable,  and to pay and protect whistleblowers.  On October 16, the SEC put out its official preview of its upcoming Agency Financial Report for FY 2014.  The SEC’s fiscal year ends September 30, so this spans every enforcement action the SEC has taken since October 1, 2013.  The report has four major themes:

So, this Preview of the FY2014 Agency Financial Report suggests that the SEC should not be seen as sitting back and waiting for cases to come to them.  And when companies and people violate Securities Laws, the SEC will work hard to make sure that they each take accountability, either personally through fines and penalties or corporately, through admissions.   Like the Royals, the SEC would like us to know that they have had a banner year.

Berland can be reached at russ.berland@stinsonleonard.com. He was lead investigative counsel for Layne Christensen in its recently concluded FCPA enforcement action by the SEC. In my podcast, the FCPA Compliance and Ethics Report, Episode 104, I interview Berland on how the company was able to receive a declination from the DOJ. The Episode will post Thursday, Nov. 7.

Honor Our Veterans and Compliance in the Supply Chain

From Altamont to Airbus

This Week in FCPA-Episode 94, the March Madness edition