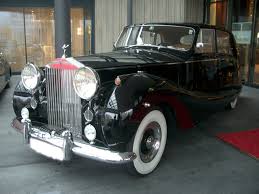 Just as the GlaxoSmithKline PLC (GSK) case in China heralded a new day in international anti-corruption enforcement, the Petrobras case may be equally important going forward. The scope and breadth of the investigation is truly becoming worldwide. Last fall, one of the first questions raised was why was the US Securities and Exchange Commission (SEC) was investigating the company as it is headquartered in Brazil. While there is subsidiary Petrobras USA, which is a publicly listed company, it was not immediately apparent what role the US entity might have had in the bribery scandal, which was apparently centered in Brazil. However some recent revelations from across the pond may shed some light on the topic.

As with any corruption scandal there are both bribe payors and bribe receivers. The Petrobras corruption scandal initially focused on the bribe receivers in Petrobras. But last month one of the key bribe receivers, who is now cooperating with the Brazilian authorities, Pedro Barusco has identified the UK Company Rolls-Royce Group PLC as a bribe payor. As reported in the Financial Times (FT) by Samantha Pearson and Joe Leahy, in an article entitled “Rolls-Royce accused in Petrobras scandal”, Barusco has “told police he personally received at least $200,000 from Rolls-Royce — only part of the bribes he alleged were paid to a ring of politicians and other executives at the oil company.”

However the allegations moved far beyond simply Rolls-Royce. The article also reported, “Brazil’s authorities are already investigating allegations that Petrobras officials accepted bribes from SBM Offshore, a Netherlands-based supplier of offshore oil vessels. SBM has said it is co-operating with the investigation. Units of two Singaporean companies, Keppel Corporation and Sembcorp Marine, along with three Brazilian shipbuilders with large Japanese shareholders, have also been accused of participating in the bribes-for-contracts scheme.” Finally, they reported that “Mr Barusco alleged that his friend Luiz Eduardo Barbosa, a former executive of Swiss engineering group ABB, was responsible for organising bribes from Rolls-Royce, SBM and Alusa, a Brazilian construction company.”

Rolls-Royce is currently under investigation by the UK Serious Fraud Office (SFO) and Department of Justice (DOJ) for allegations of corruption in several countries. Katherine Rushton, reporting in The Telegraph in an article entitled “Rolls-Royce investigated in US over bribery claims”, said “Rolls-Royce is being investigated by the US Department of Justice (DoJ), following allegations that its executives bribed officials in Indonesia, China and India in order to win lucrative contracts.” She cited to the company’s annual report for the following, ““The group is currently under investigation by law enforcement agencies, primarily the Serious Fraud Office in the UK and the US Department of Justice. Breaches of laws and regulations in this area can lead to fines, penalties, criminal prosecution, commercial litigation and restrictions on future business.””

But more than simply Rolls-Royce, readers will recognize several names from a rogue gallery of companies either implicated with corruption violations or under investigation. SBM Offshore was a poster child last year for the DOJ deferring to foreign authorities to prosecute claims of bribery and corruption. I wonder if SBM Offshore attested in its settlement documents with the relevant Netherlands authorities that it had not engaged in any other bribery and corruption beyond that which was the basis of its settlement? I wonder if the company made any such averments to the DOJ? I wonder if the DOJ will make any such deferments again given the SBM Offshore settlement with the Dutch authorities? What about ABB?

Also interesting was the reference to ABB as the company went through its own Foreign Corrupt Practices Act (FCPA) enforcement action. As reported by Dick Cassin, in a 2010 FCPA Blog post entitled “ABB Reaches $58 Million Settlement (Updated)”, the company “reached a settlement Wednesday with the DOJ of criminal FCPA charges and will pay a fine $19 million. And in resolving civil charges with the SEC, the company will disgorge $22.8 million and pay a $16.5 million civil penalty. ABB Ltd’s U.S. subsidiary, ABB Inc., pleaded guilty to a criminal information charging it with one count of violating the anti-bribery provisions of the FCPA and one count of conspiracy to violate the FCPA. The court imposed a sentence that included a criminal fine of $17.1 million.” There was no information at that time as to whether the individual that Barusco named as the bribe payment facilitator, one Luiz Eduardo Barbosa, was involved in the prior ABB enforcement action in any way.

We have one or more companies, who are under current DOJ investigations, now being investigated in connection with the Petrobras bribery scandal. There are also companies that have gone through prior bribery and corruption enforcement actions now identified in the scandal. All of this now leads me to have some type of understanding of why the SEC might be investigating Petrobras USA. First, and most probably, it would be to see if the US entity was involved in the apparent decade long bribery scheme that the Brazilian parent now finds itself embroiled in. What if the US subsidiary was paying bribes to its parent to obtain or retain a benefit? Next would be any evidence of violations of the accounting provisions or internal controls requirements found in the FCPA. Finally, the SEC might be looking at Petrobras USA to see who its suppliers might be and if those companies merited investigation. Similar to looking that the Panalpina customer lists the SEC could review the Petrobras USA contractor list.

Just as GSK heralded the first time the Chinese government prosecuted a western company for violation of Chinese law, I believe the Petrobras bribery scandal will be a watershed. The outpouring of information and allegations at this time point to a multi-year, truly worldwide, bribery scheme. While it may in part have been Petrobras officials shaking down contractors for payments, it really does not matter under the FCPA or UK Bribery Act. If any company subject to either or both of those laws paid monies to Petrobras I expect they will be fully prosecuted. Further, given the arguments against an international double jeopardy standard made by Moran and others AND the apparent recidivism of prior bribery offenders, some companies may be in for a long and expensive ride.

Tales from the Crypt-Rule No. 1 ‘Nothing is as it Seems’

Petrobras is listed in the NYSE, and Petrobras officials allegedly paid monies to political parties and politicians in Brazil. So, Petrobras yould be investigated in any way by the DOJ and the SEC.