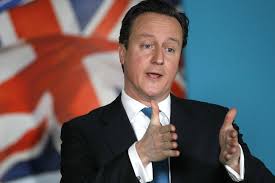 However, a surprising number of allegedly low risk countries also have this problem. New Zealand is generally recognized as one of the lowest risk countries in the annual Transparency International Corruption Perceptions Index (TI CPI), nevertheless this rating may not be all it seems. In an article by Michael Field on Stuff.co.nz, entitled “NZ firms linked to money laundering”, Field reported that one individual was listed as a Director of over 300 New Zealand formed companies. Another person, listed as the Director of the New Zealand Company alleged to have been involved with the shipment of arms to North Korea, was “convicted of 75 breaches of the Companies Act for giving false addresses on registration forms”.

New Zealand is not the only country with a low corruption perception which may not be completely accurate. In a Reuters article, entitled “Special Report: A little house of secrets on the Great Plains”, authors Kelly Carr and Brian Grow reported on one house in Cheyenne, Wyoming, which the authors claim “serves as a little Cayman Island on the Great Plains” as it is home to the registration of over 2,000 entities. The article claims that Wyoming allows “the real owners of corporations to hide behind “nominee” officers and directors with no direct role in the business, often executives of the mass incorporator.” Carr and Grow also quote Jason Sharman, a professor at Griffith University in Nathan, Australia, who states that “Somalia has slightly higher standards [for business incorporation] than Wyoming and Nevada.”

One of the anomalies in the ongoing Hewlett-Packard (HP) investigation, for alleged bribery and corruption violations in its German subsidiary, was the German authorities’ investigation of activities in and through the state of Wyoming. The article by Carr and Grow may help explain why the German authorities needed to investigate matters relating to Wyoming where the allegations were that bribes were paid by a HP German subsidiary for a sale into Russia.

Against this backdrop, British Prime Minister David Cameron has taken the lead in forcing jurisdictions who register such companies to disclose their ownership. While Cameron has come at this problem through the angle of tax evasion and compliance, it clearly has implications for the US Foreign Corrupt Practices Act (FCPA), UK Bribery Act and various anti-money laundering (AML) laws. The issue of public registers and beneficial ownership is coming to the fore on the eve of the G8 Summit which will be held in Northern Ireland starting next Monday. The Guardian has reported, in an article entitled “David Cameron under pressure to clarify owners of firms at G8”, that Cameron has also been given a political boost by the Cayman Islands agreeing to sign the OECD multilateral convention on tax transparency and information, the most important of the British overseas territories to do so.”

However, perhaps there is legislation on the way to close this loophole in the US. In another Reuters article, entitled “US House bill targets anonymous shell corporations”, Patrick Temple-West reported on prior US legislative attempts to require disclosure of corporate beneficial owners. Three such efforts have failed since the year 2000. Who might oppose such legislation? Temple-West reported that “Some state government group[s] remain opposed. In the past, resistance has also come from business groups and lawyers.” I am also somewhat chagrined to report that an organization that I belong to, the American Bar Association (ABA), has opposed prior legislation to provide greater discloser for shell companies.

Still this resistance may be changing. In an article in the New York Times (NYT), entitled “Obama Urged To Back Plan To List Owners Of Shell Firms”, Ravi Somaiya reported that “Anticorruption activists have urged President Obama to back a plan to publicly register the owners of shell companies in the United States and around the world, a move they say is essential to thwart corrupt government officials, tax evaders and money launderers who rely on an opaque financial system.” This problem has existed for several years in the US. Somaiya reported that “The Financial Crimes Enforcement Network, a bureau of the Treasury Department, estimated in 2005 that as much as $18 billion in suspicious transactions were made using international wire transfers that used shell companies in the United States.”

Somaiya also quoted Jack A. Blum, a lawyer and the chairman of Tax Justice Network USA, who said “These anonymous shell companies are used by everybody who steals money. Tens of thousands of shell corporations have been set up within the United States, he said, primarily in four states — Delaware, Montana, Nevada and Wyoming — that have loose regulations.” We know that the bad guys are selling the U.S. as a place to set up companies,” Mr. Blum said, citing its “aura of legitimacy.”

How does all of this relate to due diligence as the US problem would not seem to impact a company covered by FCPA? First of all, a company should know with whom they are doing business, and more pointedly a US company which is subject to the UK Bribery Act needs to recognize that any agent, distributor or other type of representative here in the US, is a foreign entity under the Bribery Act and needs full due diligence. While the jurisdictional scope of the Bribery Act has yet to be fully fleshed out, such a US company needs to consider its due diligence here in the US and may need to strengthen its investigations and background checks on such parties to comply with the Bribery Act.